Uruguay (37th) is the most prosperous country in Latin America and the Caribbean, ranking 16th in the world for Personal Freedom and 28th for Governance. More than 90% of survey respondents were satisfied with their degree of freedom to choose what to do with their lives. 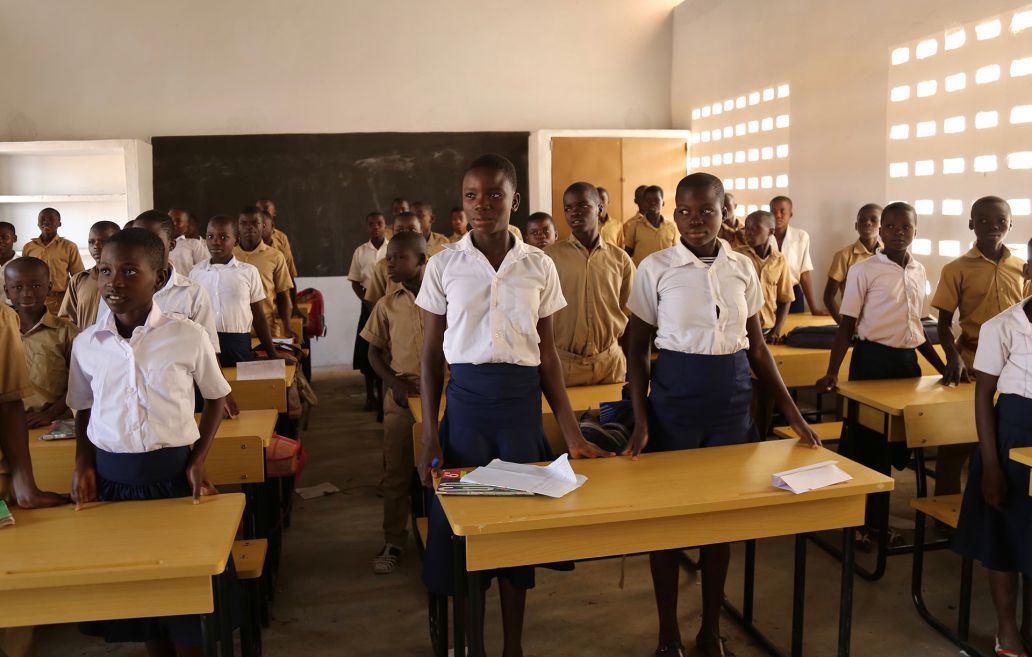 Over the last decade, we have seen Education improve in all regions of the world. Before the onset of the COVID-19 pandemic, primary and secondary enrolment rates across the world were higher than they were at the start of the decade, with over 91% of children now enrolling in primary education

Over the last decade, we have seen Education improve in all regions of the world. Before the onset of the COVID-19 pandemic, primary and secondary enrolment rates across the world were higher than they were at the start of the decade, with over 91% of children now enrolling in primary education

MENA has experienced the most progress in Education since 2011, driven by significant improvements in Tertiary Education and Adult Skills, with Saudi Arabia succeeding in more than doubling its rate of tertiary enrolment and completion since 2011. Meanwhile, Eastern Europe has seen the most substantial improvements in pre-primary education in the past decade, with Montenegro delivering the greatest increase in net pre-primary enrolment, increasing from 31% to 67%.

Such statistics make for encouraging reading. Education has long been considered an unrivalled catalyst for effective national socio-economic development, with high levels of literacy and numeracy amongst the labour force essential prerequisites for the long-term diversification and sophistication of national economies. Moreover, for individuals themselves, the benefits of schooling are truly transformative. Those who are educated tend to earn considerably more over the course of their lives and enjoy notably higher living standards and longer life expectancy than those who are not.

However, access to education remains a far from universal experience. Prior to the pandemic, more than 250 million children around the world were out of school according to the UNESCO Institute for Statistics, including some 59 million of primary school age. Perhaps predictably, educational outcomes tend to be worse in poorer countries, hindered by limited investment and fewer trained teachers. In low-income countries, only 34% of children in the poorest fifth of households complete school, while nine in ten children are unable to read proficiently by the age of ten

Yet poorer countries — especially those in sub-Saharan Africa — are starting to close the gap. While the region’s nations currently comprise nine out of ten of the weakest performers for rates of primary school enrolment, they also represent eight of the ten most improved nations over the past decade. For example, in Cote d’Ivoire, enrolment rates now stand at over 90%, up from just 56% ten years before. Similarly, whilst the bottom ten countries for primary school completion are all in sub-Saharan Africa, six of the ten most improved countries since 2011 are also in the region. For example, in Togo, completion rates have risen from 62% to nearly 80% over the past decade

Such progress has been put in jeopardy by government responses to COVID-19, which have had a detrimental impact on education in nations across the world. More than 1.6 billion students in over 190 countries have been affected by school or university closures due to the pandemic. As late as March, half of the world’s student population — equivalent to more than 800 million students — was still affected by full or partial school closures, while in 29 countries, schools remained closed

Predictably, students in lower-income countries were less able to resort to remote forms of teaching during the pandemic. A lack of communications infrastructure and computer equipment left an estimated 463 million students of all ages without access to remote learning, equating to nearly one-third of the total number in primary, secondary, and tertiary education around the world

Those in education have been amongst those most impacted by the pandemic, with an average of two-thirds of an academic year lost due to full or partial closures to school and universities. As nations plan their recovery from COVID-19, there can be little doubt that ending the remaining restrictions on centres of education will be key to rebuilding this essential pathway to prosperity.

Prior to the pandemic, more than 250 million children around the world were out of school