Côte d’Ivoire (120th) has experienced the greatest improvement in its prosperity of any country in the world in the past decade. It has seen major improvements in all pillars apart from Personal Freedom and Natural Environment, rising 24 places in the global rankings as a result. It has made particularly strong progress in Economic Quality since 2011, with high-tech manufactured exports more than doubling as a share of total exports.

Instrumental pathways to prosperity: the integral role of health and education in empowering populations 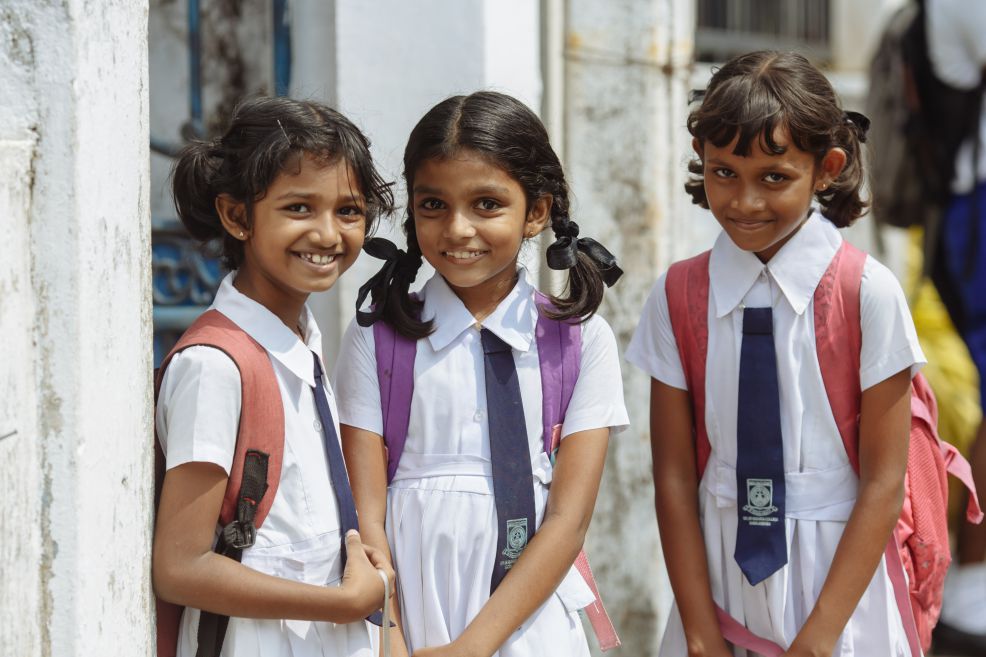 The process of national development entails more than GDP growth. For nations to truly succeed, they must create the socio-economic conditions in which their populations are able to fulfil their potential and make their own, unique contribution.

However, across the world, such conditions have been the exception, rather than the rule. Though this year’s Index shows that global prosperity was at its highest ever level prior to the pandemic, around half of the population in developing countries continue to live in extreme poverty.

Equally, less than half the global population have access to essential health services, whilst literacy rates in some of the poorest developing nations remain stubbornly low, at below thirty per cent in Burkina Faso, Niger, and South Sudan.

Addressing such profound and entrenched challenges is a daunting prospect. It requires the leaders of developing nations to commit to improving the so-called lived experience of their citizens, despite often limited financial, infrastructural, and administrative capacity. Whilst there is evidently no panacea, this year’s Legatum Prosperity Index highlights how nations have been able to catalyse the latent socio-economic potential of their populations by addressing two key pillars: healthcare and education.

Healthy populations are key to functioning societies. Though life expectancy has increased in every nation and region of the world since 1960, there remains a significant disparity between developed nations and their developing counterparts. Men and women in the world’s most developed nations can expect to reach the age of seventy- six and eighty-two respectively, compared to sixty-three and sixty-six in least developed nations. Moreover, developing nations experience as much as ninety per cent of the global burden of disease, while accounting for only twelve per cent of global spending on health.

Similarly, education has long been considered an unrivalled catalyst for effective national socio-economic development. High levels of literacy and numeracy amongst the labour force are essential prerequisites for the long-term diversification and sophistication of national economies. However, equally important is the transformative effect of education on the lived experience of individuals. Those who are educated tend to earn considerably more over the course of their lives and enjoy notably higher living standards and longer life expectancy than those who are not.

Creating the conditions whereby individuals can thrive — becoming healthier and better educated — is the mark of a well functioning society.

Over the past decade, Sri Lanka has made significant process in addressing both constraints to its development. This progress has resulted from concerted efforts to build the institutional capacity and quality of the healthcare and education sectors, increasing access for its citizens to these key enablers of prosperity, especially in rural areas.

The results have been nothing short of remarkable. The country has continued its impressive progress in addressing chronic disease,immunising ninety-nine per cent of the population against diphtheria, measles, and hepatitis, whilst being declared malaria free by the World Health Organisation in 2016.

In addition, Sri Lanka has worked hard to address the issue of maternal mortality. Today, more than ninety-eight per cent of deliveries occur in hospitals, with mothers attended by midwives, whilst eighty-five per cent of women now deliver in facilities served by specialist obstetricians. Perhaps most surprising, Sri Lanka has experienced something of a quiet revolution in mental healthcare, recording one of the top five improvements in the Asia-Pacific region over the past ten years.

These developments have been the product of a concerted effort to improve the institutional capacity and quality of Sri Lankan healthcare, as well as the public’s access to it. Sri Lanka has worked in close partnership with the World Bank to implement its National Health Development Plan, which is focused upon increasing the number of emergency, trauma, and community-level healthcare services, as well as improved reporting on healthcare outcomes. This builds upon the World Bank’s 2018 loan of some $200m in support of the Primary Healthcare System Strengthening Project, which aims to build additional capacity, improve quality, and increase access to primary healthcare, particularly amongst high-risk population groups.

Simultaneously, Sri Lanka has overseen a remarkable improvement in levels of primary school enrolment, achieving the largest improvement of any nation. Today, some ninety-nine per cent of primary pupils are today eligible for schooling, contributing to the country’s impressive literacy rate, which stands at over ninety per cent, well above the average for South Asia. Successive governments have striven to increase access to education by co-locating primary and secondary school facilities, providing textbooks, uniforms, and subsidised transport to the poorest students.

Sri Lanka has partnered successfully with a host of multinational organisations to improve access to education, especially in the limited tertiary sector. The Government’s 2003 Distance Education Modernization Project has helped Sri Lankans access high quality university education remotely, aided by a $60 million grant from the Asian Development Bank. Such progress has been strengthened by the 2017 partnership agreement struck with the World Bank, which resulted in $100 million of investment to expand enrolment and research opportunities in crucial STEM subjects. Today, Sri Lanka’s ambition is to join other Asian countries in becoming a regional destination for higher education, aiming to attract as many as 50,000 students by the end of 2020.

The progress made by Sri Lanka in extending access to healthcare and education has delivered significant results, despite limited government investment. As such, it offers an instructive example of how development assistance can be effectively targeted, in close collaboration the government’s own priorities. Successive administrations’ innovative approach in partnering with multinational organisations has paid dividends. Sri Lanka’s recent experience highlights how creating the conditions whereby individuals can thrive — becoming healthier and better educated — can help empower the population, enabling them to play their part in building national prosperity.

THE KEY TENETS OF EMPOWERED PEOPLE