Sweden (3rd) is the Western European country whose prosperity has deteriorated the most over the last ten years. Since 2011, it has experienced a deterioration in six of the Index’s 12 pillars, with the greatest deteriorations seen in Governance, Social Capital, and Investment Environment.

Measuring economic wellbeing - An essay from the 2019 Legatum Prosperity Index 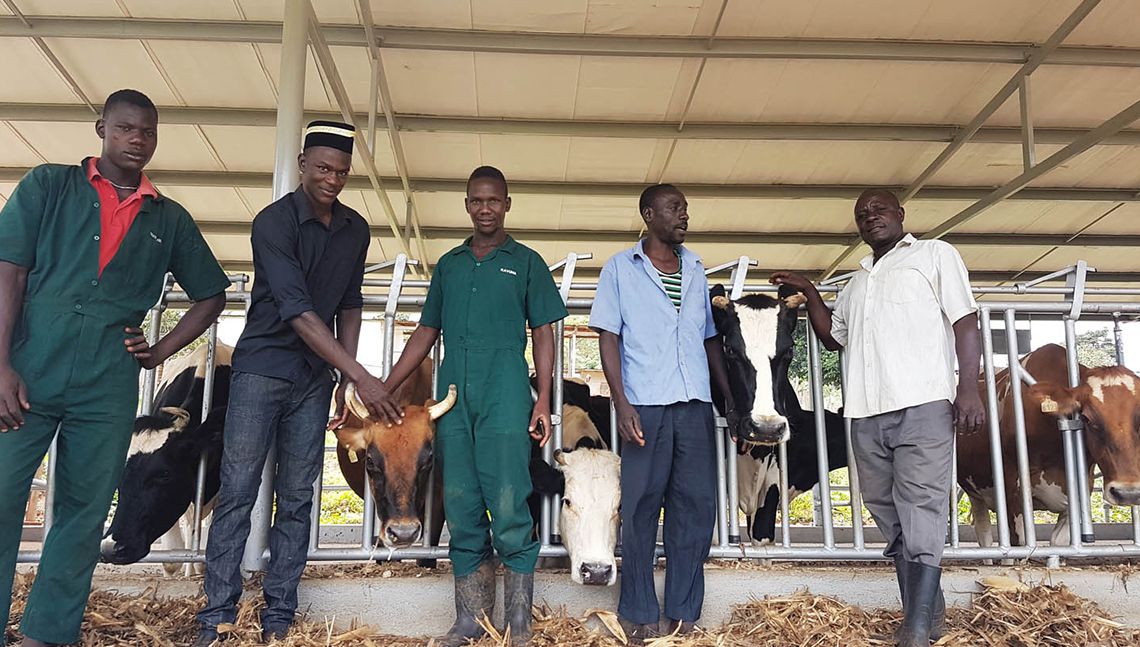 Prosperity is much more than material wealth; it also encompasses welfare, security, freedom, and opportunity. But without an open and competitive economy that encourages innovation and investment, promotes business and trade, and facilitates inclusive growth, it is very challenging to create lasting social and economic wellbeing. Trade between countries, regions, and communities is fundamental to the advance of innovation, knowledge transfer, and productivity that creates economic growth and prosperity.

The Prosperity Index’s Open Economies domain captures the extent to which the economies of each country embody these ideals. Research shows that open economies are more productive, with a clear correlation between increased openness over time and productivity growth. In contrast, in an uncompetitive market, or one that is not designed to maximise wellbeing, growth stagnates and crony capitalism thrives, with knock-on impacts elsewhere in society.

Our aim when considering economic wellbeing is to measure the true value created by nations and communities. In this way, the strength of the underlying structures of production can be assessed, rather than emphasising the income accrued and the rates of consumption. Another way of considering this is to ask what the underlying capacity of an economy is, given those who could be contributing to its success.

One reason for generating such a measure is to benchmark the performances of countries on the pillars of the Open Economies domain. We would expect there to be a high (but not exact) correlation between a singular measure of economic wellbeing and the domain scores.

GDP per capita, as a welfare measure, acts as a useful metric for the average income of the population of a nation. However, while it can also be seen as a satisfactory first-order approximation of value creation, it is widely considered to be incomplete for many purposes. This is especially true for countries with atypical population structures and for those with extra earnings generated from natural resources – known as resource rents. For example, if a country has a large working-age population, its economic potential should theoretically be higher. Likewise if it has access to mineral resources, it may appear wealthy, but that gives little indication of the productivity of the rest of the economy.

In our endeavour to compare our measure of holistic prosperity with a more singular measure of economic success, we have accounted for both demographics and the value added from production in a new metric: productive capacity. We explore in the following sections why accounting for population structures and resource rents matter for measuring economic wellbeing and peoples’ lived experiences.

In order to normalise between economies of very different populations, a common approach is to consider a GDP per capita measure. Such a per-capita measure is appropriate when taking a welfare perspective, considering the theoretical income available to the average member of society. However, when considering the productive capacity of a nation, it is more appropriate to relate the output to the subset of the population who are expected to contribute to production – that is, those of working-age (aged 15 to 65). While the old and the young are consumers as much as those in between, they are not expected to produce.

How is the working-age population currently distributed?

At the other end of the spectrum, the 45 countries with a low share (<60%) of working-age population are universally countries with young populations. These countries, including Kenya, Niger, and Mali, all have under-15 population shares of at least 40%. For example, in Niger the working-age cohort is only 47% of the population, and the remaining 53% consists of 50% under the age of 15 and just 3% over the age of 65. These youth bulges tend to have a much larger impact on the dependency ratio than the impact (to date) of an ageing population in more developed countries.

In the past decade, we have passed a major demographic landmark. Globally, the working-age share of the population peaked in 2012, and it has been in decline ever since. Before this inflection point, when the working-age share of the population was increasing, we would expect to have seen a boost to GDP per capita globally – a ‘demographic tailwind’, so to speak. After 2012, with a ‘demographic headwind’ of a declining working-age share, we would expect to see GDP per capita growth constrained, as the output of the available workforce is distributed more thinly across a growing proportion of dependents, both young and old.


There are some stark trends in projections for the change in the working-age demographic across the world, if we use a zero-migration model. We see that by 2030, the working-age population of some countries would have increased by as much as 80% since 2015, with most of the largest increases in sub-Saharan Africa; Mali, Chad, Uganda, and Niger are each set to face working-age population increases of over 70%. To keep up with the number of new entrants to the workforce, 11 million new jobs will have to be created every year through to 2030 in sub-Saharan Africa alone.

The majority of the most substantial structural decreases in working-age population percentages will be found in Europe, with countries such as Serbia, the Netherlands, Slovenia, and Austria facing declines of over 20% from 2015-2030, and Germany’s working-age population set to shrink by over 30%. Though the magnitudes of these decreases are less than those of the increases projected in sub-Saharan Africa, they are significant nonetheless. Additionally, our analysis highlights that a demographic change of this nature is projected across the breadth of Europe, rather than just in Western Europe, the more commonly cited example.

Rather than using the total population as a denominator, we have chosen to use the working-age population. One could argue that we could go further and use just those in work – in effect, a measure of labour productivity. Though doing this would be a valid and useful measure as it captures the current capabilities of a workforce, it would fail to capture the economic wellbeing of all members of society.


From the point of view of national policy, it is far more useful to also consider those who are excluded from the labour market or do not participate for family or other reasons, because their wellbeing is equally important.

In order to measure the economic wellbeing of a country, we want to be able to identify the true value-added activity within the country. GDP is the commonly accepted measure for such purposes – defined in a way that is also comparable to national income. However, when seeking to understand the true value-add of the participants in an economy, GDP can provide a distortive picture, especially for countries with significant resource rents. Contributions of resource rents to GDP figures can represent something of an accounting anomaly. While accurately reflecting the income generated from extraction, the figures capture not only the genuine value of making the resources available, but also the latent value of the asset.

While there is indeed value created in the process of extracting resources, and of converting them into a useable form, the majority of the value often existed prior to withdrawal. In this sense, the productive aspect of the sector is greatly overestimated in straight measures of GDP, which captures the commercial value of the resource sales. The profit accrued from taking resources out of the ground should not be confused with the creation of value. The underlying value of an economy should not include the amount of oil or mineral rent it receives. Hence, we find that it is more appropriate to take non-resource rent output (GDP minus resource rents) as our measure of the value-add in an economy.

At a national level, this distinction is well understood; many statistics authorities of resource-rich countries will report on the non-oil component of their economies. We are more concerned about the availability of similar analysis at the international level, for the purpose of carrying out cross-country comparisons. As with demographic profiles, there is a large disparity between countries in the proportion of GDP that is made up of resource rents, which can misrepresent the productivity of each economy. Such distortion has an impact on a small but not insignificant number of countries. For approximately 40 economies, resource rents constitute 10% or more of GDP. For example, countries such as Kuwait, the Democratic Republic of the Congo (DRC), and Mongolia, each of which has resource rents contributing more than 25% of GDP, have GDPs that overstate the underlying productivity of their broader economies. Kuwait may look wealthy, but its workforce is relatively unproductive. So too is the DRC, economically speaking, underperforming what its GDP figures would suggest.

Why does this matter for economic wellbeing?

Most extractive industries tend to employ a very small number of people, though less so for minerals than oil.3 The measure of GDP, therefore, does not reflect an accurate picture of the inclusivity of the national income, as the reported output is very unevenly distributed across the population. By removing resource rents from the measure of economic output, we can distil a more precise measure of the likely median value-generating capacity of an economy.

Additionally, in heavily resource-dependent nations, the development of the underlying economy can be masked by volatility in world markets for natural resources. Such economies are likely to experience ‘false positives’ and ‘false negatives’ for the impact of policy changes.

Countries such as Azerbaijan and Angola have seen dramatic drops in resource rents over the last ten years, while at the same time their non-resource economies have grown. As a result, their reported GDP figures have not grown as much as the underlying economy has. This means, in effect, that although Angola’s GDP appears to be in slight decline, its structural bases are improving. Clearly the loss of resource rents will affect the short-term fiscal sustainability, but the growth of the non-resource economy is a major positive. Hence, acute ‘remedial’ economic reform would be less likely to be helpful for the country’s long-term growth prospects.

Taking both demographics and resources into account, we have constructed a modified GDP measure. This measure of economic wellbeing, against which we assess each aspect of our Index, is what we have termed productive capacity. It measures the underlying economic output produced per working-age member of the population. We calculate it as follows:

The productive capacity of most countries is about 50% higher than GDP per capita, reflecting the fact that approximately two-thirds of the population are of working age. However, for a small number of countries, the differences are more significant, due to a combination of resource rents and atypical demographic profiles.