Sweden improved 7 ranks for health since 2009 to 15th, with life expectancy rising and mortality rates falling. 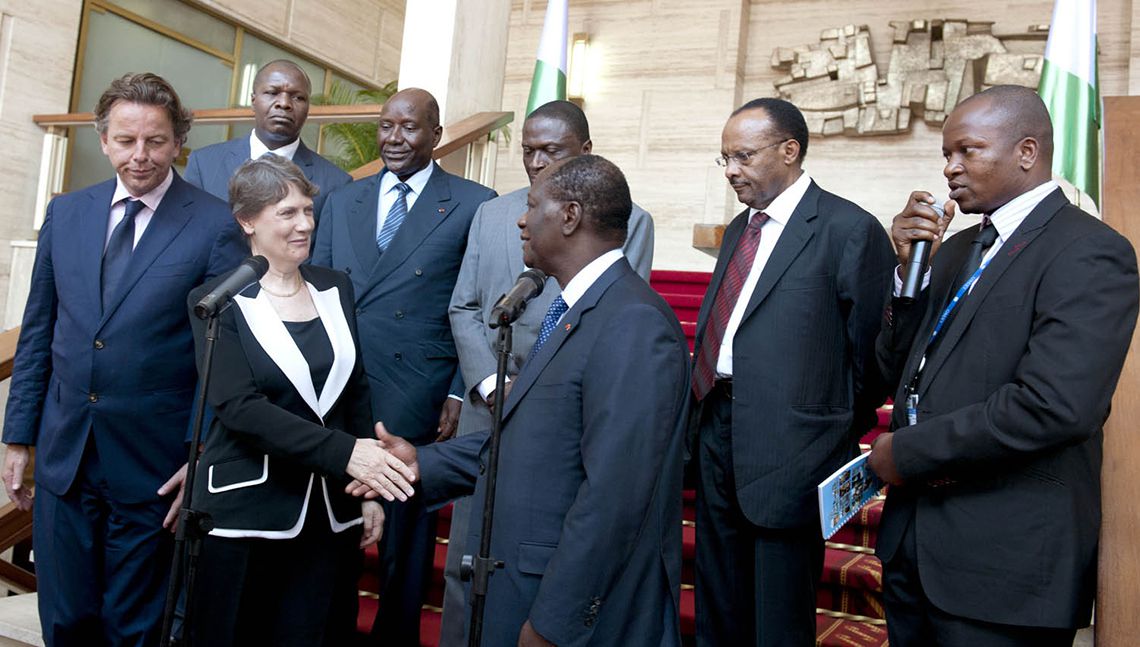 The Inclusive Societies domain of the Prosperity Index captures the strengths and weaknesses of institutions, exploring the formal and informal relationship structures that exist within a society, and the degree to which they either enable or obstruct societal cohesion and development.

Areas within this domain range from the relationship of citizen and state, to the degree to which violence permeates societal norms, to the interaction of freedoms of different groups and individuals, to the way in which individuals interact with one another, their communities, institutions, and nations. This enables measurement and analysis of their impact on a nation’s prosperity, over a short and long-term period.

Social and legal institutions are an essential requirement for prosperity. They protect the fundamental freedoms of individuals, and their ability to flourish. These political and economic institutions matter for development, and it has been argued that institutions matter most when it comes to the long-term economic growth of nations. While the importance of institutions is well-established in theory and in academic literature, it is not yet fully embedded in the psyche of the development community.

The strength of political institutions can be measured across four pillars of the Index: Safety and Security, Personal Freedom, Governance, and Social Capital. Here we see some striking global patterns over the last 10 years.

First, politically-related violence has decreased over the last 10 years, but the increased incidence and impact of terrorism, war, and civil conflict have resulted in a mixed picture for levels of safety and security.

The Index helps to explain the importance of institutions, because the relationship between a nation’s institutions and its prosperity is significant.

Within the Personal Freedom pillar, there has been an improvement in measures of social tolerance, which reflects citizens’ tolerance of ethnic minorities among other things. However, this has been counterbalanced by an erosion of other freedoms including the freedom of assembly, association, speech, and the right to information.

Positively, there has been a substantial improvement in institutional trust and an increase in the strength of social networks. Within the Governance pillar, we have seen a decline in political accountability in Eastern Europe, with political participation showing a substantial decline. There are worrying trends within the MENA region too, where the integrity of the legal system is in decline and the military is increasingly becoming involved in national politics.

The relationship between economic and political governance

To demonstrate this, we can examine African nations. Of the 55 members of the African Union (54 of which are included in the Prosperity Index), there is a high degree of variance in the strength of institutions. From these nations, three groups emerge based on the rate at which their political institutions have strengthened; those which strengthened rapidly, those which improved at a 'normal' rate, and those which have been strengthening more slowly, or indeed weakened. Between these groups, there is a correlation between improvements in the strength of political institutions and improvements in macroeconomic stability and domestic market contestability. Côte d’Ivoire, for example, was embroiled in a short civil war in early 2011 when the incumbent President Gbagbo refused to recognise President-elect Alassane Ouattara as his legitimate successor. When Ouattara finally took office, there was a need to restore normality to government after such a fundamental breakdown in political institutions.

There is a strong relationship between the quality of governance (particularly government accountability and government integrity) and both property rights and domestic market contestability – core elements of economic governance.

The improvements in governance and reductions of politically related terror and violence resulting from Ouattara’s assumption of the presidency have been far-reaching, and concurrent with improvements in productive capacity. He immediately sought to liberalise the economy, he broke down state monopolies, and stamped out the illicit trade that had flourished during the civil war. A competition law was passed in 2013 to regulate the behaviour of dominant firms, and the government has since privatised a number of state-owned enterprises – notably in the industrial and banking sectors.

Cameroon, by contrast, has seen an increase in politically-related terror and violence over the last 10 years, as well as deteriorations in government integrity and government effectiveness. This has been accompanied by a deterioration in aspects of economic governance. Market-based competition in the country is now weak (and weakening), despite it being a member of the Organisation for the Harmonisation of Corporate Law in Africa, and the IMF has warned that the deteriorating financial situation of state-owned enterprises is “a growing source of financial risks.”

The quality of institutions and social wellbeing

Institutions also play an important role in influencing levels of social wellbeing around the world. Short-term improvements in social wellbeing can be caused by several factors, including lower poverty rates, higher quality of education, and better healthcare systems, and these are largely independent of the pillars within the Index’s Inclusive Societies domain. However, institutions accounted for 62% of the variance in the stock level of social wellbeing in 2017, which represents an accumulation of long-term improvement. An additional 20 percentage points of the variation were explained when including wealth (represented by productive capacity), but the strength of institutions remained the major differentiating influence. This strongly suggests that institutions are the mediating factor in converting economic wealth to social wellbeing, at least in the long-term.

This tendency for institutions to have a strong relationship with the level of social wellbeing is seen not just at the national level, but also at the sub-national level within the United States. On average, the U.S. has strong institutions, but there is substantial variation between the states – even within a federal system. For example, the U.S. Center for Public Integrity deems Connecticut and Nebraska to be far better than South Dakota and Wyoming for levels of transparency and accountability, based on the laws and systems they have in place to deter corruption.

Within each state of the US, the strength of institutions has a modest but statistically significant relationship with GDP per capita. The quality of institutions plays a much larger role in explaining variations in social wellbeing across the states – more so than levels of wealth. While GDP per capita explains 53% of the variation, institutions explain 69%; this is similar to the trend at the global level, when combined they explain a larger proportion of the variance (81%). It is institutions that remain the factor with greatest explanatory power.

Even though the variations in institutional strength between the states of the U.S. are small compared with the rest of the world, and the relationship between institutions and social wellbeing is also weaker than that seen at the global scale, institutions still have a material impact. The point remains when it comes to predicting levels of social wellbeing; the strength of institutions has more explanatory power than wealth.

The strength of institutions, as measured across the Inclusive Societies domain within the Prosperity Index, is pivotal in enhancing both economic and social wellbeing. In the short term, improving the quality of institutions can stimulate increased economic wellbeing – particularly by influencing the quality of economic governance. Among other improvements, more contestable domestic markets mean entrepreneurs are more able to compete, and stronger property rights encourage foreign investment.

The strength of institutions, as measured across the Inclusive Societies domain within the Prosperity Index, is pivotal in enhancing both economic and social wellbeing.

In the long term, the quality of institutions has a substantial impact on social wellbeing, even at a sub-national scale. Most notably, the integrity and accountability of government is strongly related to people’s health, education, and living conditions.

For these reasons, institutions can be seen as the mediating factor between economic and social wellbeing. Growth is encouraged and facilitated in the short term by strong institutions, and the quality of those same institutions has a strong relationship with people’s long-term health, education, and living conditions.

The principles of prosperity at a moment of global crisis

If this time is about anything, it is for each nation to decide its character and who it wants to be. The decisions we make now will create the foundation for our…

Executive Summary of the 2020 Prosperity Index

As well as tracking the performance of nations to date, the Prosperity Index also provides an invaluable framework for nations to assess their strengths and…

All seven regions improved since 2010, comprising 147 of the 167 countries included in the Index, largely driven by improvements in the Open Economies and Empowered…

Using the Legatum Prosperity Index: A tool for transformation